Top Minecraft Servers lists some of the Best MineZ Minecraft Servers on the web to play on. Browse down our list and discover an incredible selection of servers until you find one that appears to be ideal for you! Click on a server to learn more about it, or just copy the ip address into your Minecraft client and find out for yourself just how great it is.

In this Minecraft rendition of AMC’s The Walking Dead, fight off walkers with guns and melees, and team up with other players! Choose from over 30 unique kits, and enter our brand new 5,000 by 5,000 map! Can you survive the zombie apocalypse? Come join today!

Connect to this Minecraft 1.8 server using the ip join.miningdead.com

InvasionZ is a DayZ based survival PvP/PvE server with guns and much much more. Your ultimate goal is to survive and thrive starting from nothing and ending up an unstoppable veteran survivor. Zombies are a threat to your survival and will kill you. Other players may be friendly and help you survive, or they could be a bandit and murder you for your supplies.

Connect to this Minecraft 1.12 server using the ip play.invasionz.com

Connect to this Minecraft 1.16.5 server using the ip lidyamc.keyubu.com

Connect to this Minecraft 1.17.1 server using the ip play.flixmc.com

The Day After Tomorrow HK (tdat.ddns.net)

- Hong Kong The Day After Tomorrow Server - Join Now! Many Plugins-
Survival Daguai Is the monster that abandoned Minecraft too old?
Come and challenge our server!
There are various weapons RPG, and exquisite firearms! Super friendly administrator~
With super convenient mining and logging plugins, no longer bored by boring mining, you can set your own territory and protect the conscience of Hong Kong people to survive

Connect to this Minecraft 1.16.5 server using the ip tdat.ddns.net

Connect to this Minecraft 1.8.8 server using the ip caraotacraft.top

On SheepCraft Network you can play PvP, Creative and minigames! Not all minigames are open yet!

Connect to this Minecraft 1.16 server using the ip play.sheepcraft.nl

Connect to this Minecraft 1.17 server using the ip play.minecore.ca

Connect to this Minecraft 1.16 server using the ip mc.napewnocos.eu

💖 We are Gaming 4 Fun community which aims to offer the most enjoyable Survival experience in Minecraft. The main focus of the server is our economy which has been tweaked and balanced to allow players to sell many items in the game! Our server offers ingame banking which gives you interest on money you deposite .Our economy system allows for many of ways to earn money, which you can use to purchase in-game ranks, perks and more!
💯
💠 Gamemodes 💠
• Survival [ Towny And Nation]
• MiniGames
• Bedwars

Connect to this Minecraft 1.16.5 server using the ip top.gaming4fun.xyz

Shotbow is a server featuring high quality, original, custom coded gamemodes in Minecraft with no client side modifications required (you don't need any mods to play!). We have been a server for over three years and have since had over a million unique players.

The Shotbow network has a very professional team of staff members. From coders to graphic designers to the good 'ol admins who ban the baddies, you can count on us to ensure that your time on our servers is fun and free of hackers, spammers, and all of the bad guys and that the staff will be professional.

Shotbow has a custom currency system called Shotbow XP which allows players to earn in game currency and buy new classes or other fun perks for games to enhance their playing experience. Want a special pet to follow you around in the lobby? Sure! Want to gain that edge in Annihilation? Of course! Items bought with XP encourage alternative play styles to spice up the game for everyone involved!

MineZ, the game that really started it all for Shotbow is a Minecraft interpretation of the DayZ mod. With custom coded zombie AI, it is a true hardcore experience. You can take up the role of a friendly healer or become an evil bandit. You can be a lone wolf or start a great clan. The custom coded items and over 33,000,000 block big map will surely keep you entertained, and once you're a pro, you may be able to take on a giant or take on some of the dungeons scattered about. MineZ is a truly amazing Minecraft experience.

Annihilation is Shotbow's current most popular game. It is a team based PvP gamemode in which four teams face off to destroy the other team's nexus (a block deep in their base). What makes Annihilation an amazing game, is the variety. You can just do so much. Amazing builder? Maybe you want to help build a wall to protect your team's nexus. Master PvPer? You may be better off on the front lines, trying to capture the middle (which holds valuable diamonds). Of course you could also brew potions for sneak attacks, defend your own nexus, and much much more. There are also over thirty custom classes and Thirteen maps to play on. In Annihilation, you'll never get bored.

SMASH is Shotbow's interpretation of the wildly popular Super Smash Bros. by Nintendo. Duke it out with up to seven others players on a variety of maps with custom items, and a double-jump feature to get around. If you're looking for a quick game, you can just join in and play with fellow casuals. Once you've gotten good, you may find it better to join the competitive ELO based ranked matches to try to become the best!

Mine Theft Auto is Shotbow's interpretation of Grand Theft Auto. With a detailed map and custom coding the possibilities with this gamemode are almost limitless! Use 40+ weapons to do intense heists! Race through the streets or in the air using one of 50+ vehicles. Earn money by doing many different jobs, and use that money to buy a house or gang base. You can even become a cop yourself and catch all the dirty criminals! With all this and more Mine Theft Auto will keep you entertained for hours on end!

There could only be so much said here, and Shotbow has many more amazing games to try out. Try to get the quickest time in the daily Death By Void course or fend off the hordes in Slaughter or touch up on your PvP skills in GG. In Shotbow, you can be sure to find hours upon hours of fun, engaging, and original games.

Connect to this Minecraft 1.12.2 server using the ip shotbow.net

Trollcraft is a Minecraft Servers Network. You can play on few different servers: KitPVP, SkyBlock, Fractions, MineZ, SkyWars, TheWalls and Prison. We are still working on our current servers and we will add new one soon. Our network have over 1000 players online everyday!

Connect to this Minecraft 1.17 server using the ip trollcraft.pl

Spycraft is a 1.5.2 Minecraft Servers Network.

Here it is a picture of the Hub server:

Connect to this Minecraft 1.12 server using the ip spycraft.me

Connect to this Minecraft 1.7.10 server using the ip dp.devilsvs.net

All new 16GB hardware and host!

Community Survival - Do you enjoy playing with friends without worrying about finding your home remodeled into a big TNT-crater? Come join our awesome friendly community on Survival PVE!

Zombie Horde - Inspired by several infamous Zombie survival games, this is an action-packed NIGHTMARE of a game! Get paid for killing zombies and use your PDA to purchase newer and better weaponry!

Connect to this Minecraft 1.14.4 server using the ip server.phobospvp.com

Hub: Our hub is a very detailed hub and lag free, connect to all our servers from there.


KitPvP
Competitive kitpvp server with a great kitpvp plugin. Good and perfect maps, nice staff and a good communnity. Join a map and begin your path of destruction. In game coin shop, special abilities, even grappling.

Factions:
Are you into hardcore raiding and pvp? We have factions with unique plugins to make your factions experiance great.


Points:
Earn points in game by killing mobs and players, voting, joining website, posting.
Spend points on ranks and kits and other things.

Voting:
Type /vote in game to vote for our server, voting helps a lot and you recieve rewards for voting.
You also have a chance at winning vote keys to open up

Connect to this Minecraft 1.8.8 server using the ip play.azerithmc.net

No additional information about this Minecraft server was provided.

Connect to this Minecraft 1.8.8 server using the ip gameplaybg.eu 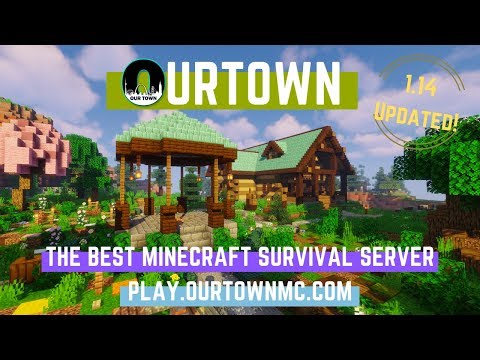 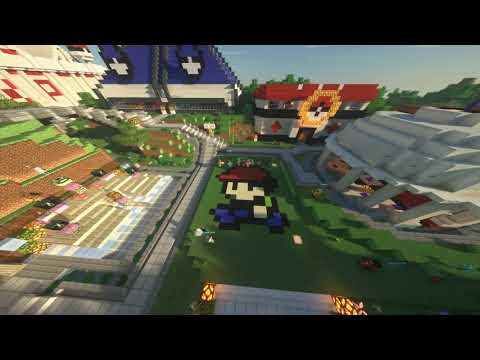 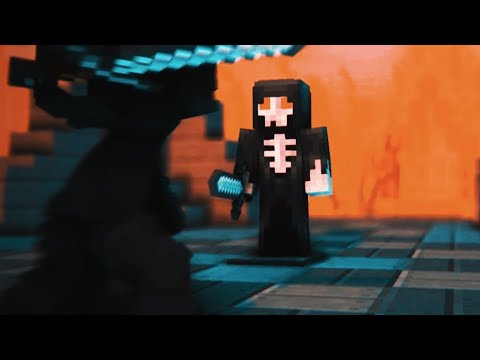