Top Minecraft Servers lists some of the Best Cops And Robbers Minecraft Servers on the web to play on. Browse down our list and discover an incredible selection of servers until you find one that appears to be ideal for you! Click on a server to learn more about it, or just copy the ip address into your Minecraft client and find out for yourself just how great it is.

Connect to this Minecraft 1.17 server using the ip play.mc-drugs.com

DemocracyCraft is a City Roleplay server focused on the player's ability to create, amend, and remove the rules and laws that govern them.

Play in an urban city environment, or beyond in the depths of the wild.

Connect to this Minecraft 1.16 server using the ip play.democracycraft.net

If you're looking for a friendly community and updated server, Quantum Galaxies is the place to be.

We are currently offering the following gamemodes:

Connect to this Minecraft 1.17 server using the ip quantum-mc.net

Without hesitation, It's one of the best Minecraft Cracked Network with Special MiniGames !

What are you waiting for to join our community ?
Join our server ip: ' play.skypixelmc.xyz '


Connect to this Minecraft Unknown server using the ip play.skypixelmc.xyz

Gloryfell is a new Minecraft server based around gamemodes that involve strategy and skill. Our main project has been a gamemode called "Spellbound" where the objective is to break the enemy beacons before they can break yours. Work as a team to create unique strategies or go off on your own to prove you're the best. With over 20 kits and 7 unique maps, there's an aspect of the game for everyone to enjoy!

Connect to this Minecraft 1.15 server using the ip mc.gloryfell.net

Riverside Valley is a world full of criminals, successful millionaires, and vigilante citizens. Purchase a car, plane, or helicopter, to get to your penthouse suit in the sky while police chase criminals robbing a bank.

Connect to this Minecraft 1.17 server using the ip play.es-mc.co

We also have a government feature in witch you can become judges lawyers and maybe even the president!

Connect to this Minecraft 1.16.5 server using the ip play.welishcraft.com

Connect to this Minecraft 1.16.3 server using the ip mc.cybertivity.com


**~**~** Come Join The Fun! **~**~**
You can play in our pvp world for some town on town action!
Or Just chill out and build and survive in the Non-PvP World. Switching worlds is easy. Just enter a portal or /warp there =)
** We have friendly , mature staff.
** We have handbooks and guides at the spawn area so you can create your own town or learn of ways to make money!
** We have a website, with forums If you need to contact us outside of game =)

Connect to this Minecraft Unknown server using the ip pwing.net

Welcome to ObsidianPrison!
On our server we have:
Factions
PlotMe!
400 slots!
Parkours
Pvp arenas
Drop parties!
and so much more!


If you have any questions, our website is here: http://www.obsidianprison.com/home
Want to be apart of the community and give us some ideas for the server? Go on the forum and suggest whatever you want!
Come check out the server at mc.obsidianprison.com

Connect to this Minecraft 1.17.1 server using the ip mc.clubobsidian.com

Want to destroy some of these bad servers? Go to our website https://incognito.technology, and for $7.50, you'll be able to delete all server files, destroy their server with lava brushes, throwable bombs, and so much more. Join our Discord at https://invite.gg/incognitotechnology

Connect to this Minecraft Unknown server using the ip incognito.technology


We are Ascae, a prison server with all the necessary fundamentals with more flavour on top. We try to combine two different audiences in one server, with the fundamentals that make OP Prisons ever so addicting, flavoured with a focus on social interaction and community building. One could compare it to someone taking the best parts of an OP Prison server and a PvP Factions server, and combining them into a wonderchild.
That wonderchild is Ascae.


Free Steam keys for everyone who plays


It's simple: you play and you get free steam keys, this is temporary to celebrate our launch.
You can claim 1 key every week, in return for 10 000 Tokens (easily obtainable if you play on the server).
You are guaranteed a key, but some games are more fun than others!
Join our discord for a list of games & more information.


This server can be exactly like the prison servers you used to know & love, which is why it's so great! Do you like grinding your way to the top rank with mining? Perfectly possible!
Do you want to do something else than mining? No problem! We offer a complex Drugs system to make money, with hidden recipes that when found can be used to deal drugs to other prisoners. Drugs are actually useful too, with effects like mining boosts, pvp advantages or XP boosts - or some just offer a trip with fun effects.
You can also mine with your shovel, since Dirt and Gravel have a chance of dropping rarer blocks than any regular mine. All this with the addition of endless vanilla enchants - your pickaxe can be Efficiency 20, but it'll take a lot of XP grinding.

The premise is simple: It's just as addicting as OP Prison with practically the same grind format, but it offers a lot more diversity and different ways to effectively make money.


Grinding is cool, and everyone should be able to enjoy it in their own time - but PvP used to also be a vital part of most prison servers.
We're looking to bring this back by offering high incentive to PvP other players, getting shanked in prison is just daily business after all.
For Season 1 we'll be supporting a full 1.8 PvP system - with a grind implemented to get some of those famous "god apples".
Changes to PvP come with every season, with these changes we listen to our community and change things according to their preference.
(Future ideas would be bed pvp, crystal pvp, totems, 1.9+ pvp)

PvP needs to be enjoyable, not frustrating, and players need incentive to do it.
Participating - but most importantly winning - in PvP nets unique rewards that can not be obtained elsewhere.
We boast 3 PvP zones, each with their own incentive - KOTH, Envoys & Black Market - and a Gangs feature to allow players to team up and take those rewards in a group.


What people want most is to "be better" than someone else. Have the most money, have the most power, social status is the most satisfying endgame for every player in Minecraft.
We made it a feature, by focussing on social engineering as a ways of obtaining more power in Prison.

First of are Guards and Wardens, they are players who've applied for those roles.
They play the game just like you - but instead of being in Gangs they simply consider themselves the authority in Prison.
Are you the kind of person who wants power without working for it? That's exactly what Guards are and do, welcome to the team!
Don't like that? Work hard to change things, and eventually you'll amass way more power by taking control of Prison as a Gang.

Guards patrol around looking for Contraband - if they catch you, you'll have to drop it or face time in Solitary.
Had it with those pesky Guards? Time to group up with a few inmates and try to kill one in the yard.
They'll drop a unique set of powerful armour if you succeed, but it won't be easy.

For players who don't join the authority (Guards & Wardens) - endgame is all about our Gangs feature.
Anyone can be recruited by a Gang for protection, but only people with max rank can be in the upper ranks of Gangs and create them.
Gangs offer many gameplay features - from PvP to Headquarters - but in the end it's all about getting more influence and taking over Prison with your Gang.

Connect to this Minecraft 1.16.5 server using the ip mc.ascae.io

Connect to this Minecraft 1.16 server using the ip entracraft.com

Come visit PlanetBeacon, we are a large hub server featuring TONS of gametypes. We strive for quality and player satisfaction.

We run on the best hardware in order to provide you with a fluid gaming experience. If you need any support, please contact us by email at [email protected]

Connect to this Minecraft Unknown server using the ip play.planetbeacon.com

Island PvP - A skyblock on water!

Connect to this Minecraft Unknown server using the ip minespazio.com

We Will see you here ! lilcity.net Join our website, lilcity.net! We offer an active forum to discuss events and happenings, and we also post detailed video explanations on everything you need to know about the server. Play.lilcity.com Objective Go from rags to riches! Start your life in the city by opening a small shop or getting a job, and end up a multimillionaire. Leaderboards are displayed on our website, so that top players can be looked up to by thousands. Monopolize with several businesses, own a multitude of real estate that new members buy or rent, and hire other players to do the dirty work! Our custom plugins allow players to do all this, and more. This server is one of a kind. Deion Minecraft Cities is a server where players can live life the way they want. They can live an honest life by working their way up to become a millionaire, owning businesses, hiring other players, starting cities and collecting taxes, or by living a simple life and owning a small store. Players can also live the life of a criminal by living on the outskirts of the town or deep in the wilderness, farming and cooking drugs to smuggle into the city. They can become drug dealers, or perhaps mug people or rob their homes. However, the server has a very experienced police force, and if players are caught, they will be sent to court and then to prison, where they will be subjected to hard work. They can work and level up through prison ranks to get out, they can escape, or they can stay and have guards or friends on the server smuggle drugs and guns into the prison to start a blackmarket shop. Anything is possible in lilcity!

Connect to this Minecraft 1.16.1 server using the ip play.lilcity.net

Connect to this Minecraft 1.14.4 server using the ip Play.MxRoxGTA.Site

Connect to this Minecraft 1.16.2 server using the ip mc.chaosop.com 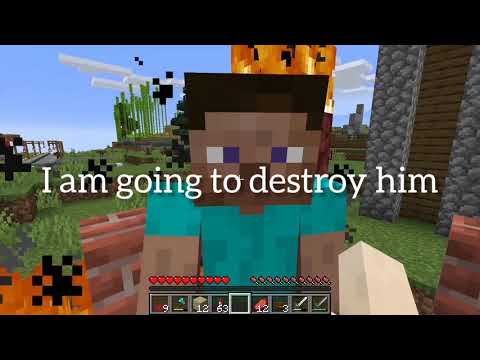 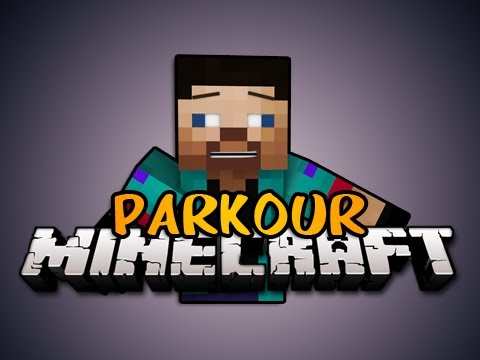 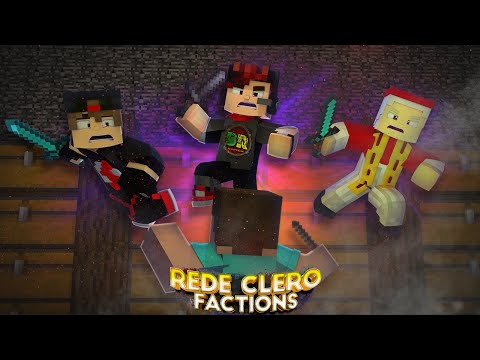 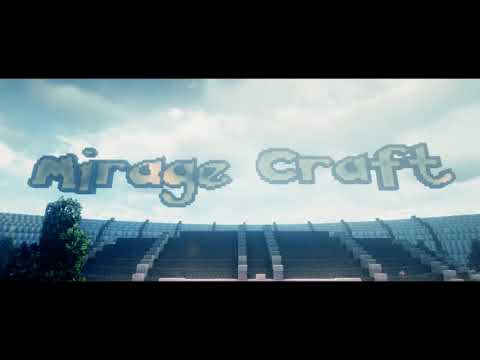